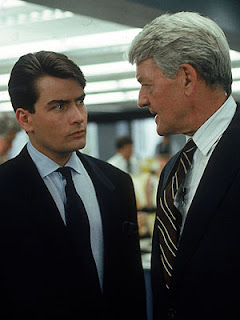 in which Bud Fox, the main character, is about to be arrested in front of his office. An Old co-worker, Mr. Manheim, takes him by the shoulder and tells him,
“Bud I like you, just remember something: Man looks in the abyss, there’s nothing staring back at him. At that moment, man finds his character. And that is what keeps him out of the abyss.” To which Bud replies, “I think I understand what you mean, Mr. Manheim.” 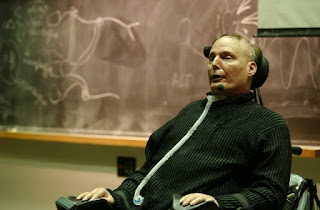 by Eric Schlosser is, as its title says, about food. But oddly enough, its most lasting impact on me was not about the problems generated by patronizing McDonald’s. Instead, the book’s most memorable passage to me is one in which Schlosser details his experience at a convention in which Christopher Reeve appeared.
Schlosser describes how speaker after speaker (all of them of national renown) conveyed their wisdom about making it while at the same time peddling their books and products. The convention had a party atmosphere, complete with fireworks and the Beach Boys blasting through the sound system. But everything stopped when Christopher Reeve appeared on a wheelchair on stage, aided by a respirator. He started elaborating on how he had pursued superficial, conventional dreams through his life, up until his accident. He mentioned making millions at an early age and being selfish and neglectful of his family. Once he had the accident (which as you may recall was a horse riding  fall that left him paralyzed from the neck down), he realized the futility of conventional goals. “None of it matters,” he said.

3. I saw Wall Street over 20 years ago when it first came out, and read Fast Food Nation almost a decade ago. For the most part I had forgotten about both. But recent events made me experience first-hand the meaning of that scene in Wall Street, and remember the paragraph about Christopher Reeve in Fast Food Nation. Thanks to recent events in my life, mistakes I’ve made and changes that have taken place, I saw myself in a position of losing everything I know and love. For a few days I was in the very real possibility of losing it all. It was a real risk, not imagined. Nothing as serious and hopeless as Superman’s incapacity, but a real threat nevertheless.
When everything is lost or appears to be lost, you very quickly see things with clarity, perhaps for the first time. The pursuits that most of us have are revealed as trivial. A beach house? A Lexus? Fame and recognition? All worth pursuing. Indeed, I’d rather pursue monetary goals than live as a bohemian. But the pursuit of these goals should not be the driving force.
What really matters at the moment of truth is the most basic: loving your family, giving back to your community, enjoying the moment, having a spiritual life. The moment I realized that I became more driven, more joyful and more appreciative. It might seem counter intuitive, but this realization got me out of the trouble I was in, and put me in the path to real wealth.
–MM

15 thoughts on “What Really Matters”

Pictured: My grandfather Jose with me and sister Mariel, late 1980s.One of the most powerful life lessons I've learned came…

Sources: John Kass and Jeremy Gorner Chicago Tribune) and Steven Dahlman (Marina City Online). It all happened in an instant,…

The simple approach is often the best one.     Alfred Hitchcock did it in Vertigo. He only had to…