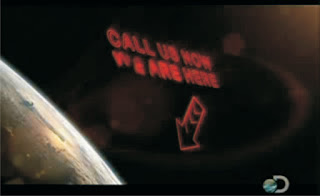 A couple of weeks ago the renown English physicist Stephen Hawking caught headlines with his assertion that we are better off not sending signals out to space with the purpose of establishing contact with extraterrestrials. In his new documentary series “Into The Universe With Stephen Hawking” which airs on the  Discovery Channel, Mr. Hawking points out that “if aliens ever visit us… the outcome would be much as when Christopher Columbus first landed in America, which didn’t turn out very well for the Native Americans.” Mr. Hawking mentions that aliens could be nomad travelers hungry for resources, coming to Earth only to conquer and colonize us.
Those comments were publicized around the world as a news item. What didn’t get filtered through the media noise is that Mr. Hawking has been saying the same thing for decades. In addition, in the documentary  he covered many more possibilities about alien life. He said, for example, that aliens could be microscopic, or live only for fractions of a second, or have evolved into forms not evolved enough to communicate with us.  Those possibilities, of course, were less shocking and therefore not newsworthy.
What I found most interesting was not the possibility of life in the Universe, or that the aliens might be nomads out to dominate us, but the complete absence of religion in Mr. Hawking’s Universe view. Indeed, in the following installment of his series, he pointed out that there might not be a God, because the Universe could have been created and collapsed several times without a hint of life, intelligent or otherwise, ever taking place.
Yet religion has existed throughout every civilization on Earth. From our earliest Human ancestors to the present day, we find evidence of religious faith through wall paintings, artifacts, burial rituals, and manuscripts. Religion is a fundamental part of civilization. Stephen Hawking makes no mention of this, perhaps for better measure, as I can see yet another sinister possibility: that aliens could come to colonize us with the purpose of “evangelizing” us to whatever their creed is. We could be seen by them as idol-worshiping savages that need salvation through a new, yet unknown form of deity, just as the Spaniards conquered the Indians (as the Native Americans were known), stripped them of their idols, and subjugated them to Christianity.
But should we be afraid? Could an alien civilization be out there, and could it be sophisticated and fast enough to not only make contact with us, but also to come and get us?
I contacted Mr. Seth Shostak, Senior Astronomer at the Search for Extraterrestrial Intelligence Institute (SETI), which for decades has conducted active experiments and is constantly listening for intelligent signals from outer space. Mr. Shostak pointed out to me that,

“The closest extraterrestrials are probably at least a hundred light-years or more away.  That’s 600 trillion miles, a distance that is better protection than any fence or military force.  Beyond that, we’ve been sending notice of our existence into space ever since the Second World War … in the form of radar, TV and FM radio broadcasts, not to mention the lights of our cities.  While these signals are weak, they would NOT be so weak as to be undetectable for any culture able to build spacecraft that might conceivably threaten us.  In other words, the truth about us is already out there. I don’t think it’s something we need fret about.”

So for all the media hype surrounding the Discovery Channel show, we should first of all not be afraid of the extraterrestrials. And if we really wanted to be afraid, we could also fear what their religious beliefs might be.
–MM

2 thoughts on “SETI: The Truth About Us Is Already Out There”